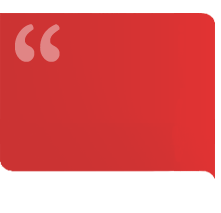 Very personal projects for finding
my most wanted style and a smile.

Adapted and always updated.
For + info, read the briefing


Travel photogallery mailing juanjook.com/galería (Alicante) / 2008
The realization of this graphic piece is carried out in order to reflect with a characteristic and very personal style of each one of the experiences in my travels. It is an invitation to dream, to escape from the routine and enjoy for a few minutes of the art, the culture and the most important places in the world. And you, travel or dream?


'La Contra' layout for Alicante University / 2004
Nothing more satisfying to turn one of the most influential newspapers in this country and find yourself with one against dedicated to you in La Vanguardia. After hours of tipometers, rules, guides, scales and common sense, made a very personal interview, where they have room reflections and expectations about the world of the Visual Arts and future trips around the world. A different look in the middle of my training and prospects already defined. Intimate and personal.


Graphic creativity for the realization of a custom resume (Alicante) / 2009
Taking into account that customization and style should be two fundamental premises in your adventure for the web, visual and graphic scene, this piece is conceived. He was decided to carry out a line of design with great simplicity, detailing the features, periods and parts developed in my professional career. Download now?.


Corporate graphic creativity to the Gipe of the UA / 2008
The Director of the Alicante University Gipe asked me to work on the implementation of a project on how develop a creative portfolio onoffline for students. We already know the major differences between the workplace and the classroom, but I wanted to make my effort in the importance in a good portfolio and a sample of the best projects and graphics when one picks up the title. A presentation is developed in Flash, with consistent with all the identity Cd packaging.


Layout and final arts of a resume for a particular / 2008
Better know a person by internet is to keep that link day and night even if not you can take a coffee quietly. 609 km is not if there is fluid between recipient and designer communications, and more even if the aim is to obtain a clear effectiveness in the final result. The custom design of a curriculum is linked to a very defined personality, and that was what was achieved. It lasted only a few minutes on the table of the responsible person RR.HH. and it was later named to the puest. I am proud to have participated greatly in the process. Put a good CV in your life (and that separated it from the heap).


Graphic creativity and layout to the practices of the CAP for Alicante university / 2009
All good tutor who boasts must feel that part of his work with the future teacher counselor will be productive. However the teacher in power should not be left behind. To do so, decides a graphic and editorial draft, containing the objectives, contents, resources and most important conclusions for the Department of Education and the designated Institute. Great experience and high productivity at the front of the classroom. Professionalism, good use of language, coherence and cohesion in a future teaching of language and Spanish Literature. I will recommend you a novel.


On/offline portfolio project for Design and Visual Arts graduate CocoSchool (Alicante) / 2010
Under the watchful eye of the graphic Coordinator Marco CocoSchool García, a staging of figures and parts developed by the top on and offline is conceived. Understanding the various disciplines seen along the course as a crossing of roads Integrator, where converge various areas but at the same time complementary in the graphic and visual. A driver who brings ideas, results and adapts to the briefs and pursued targets at each of the stations at which stops is situated at the front of the trip. All aboard. The presentation was attended by Pepe Crespo (www.crespogomar.com), Marco García Aznar (www.marcocreativo.es) and Maria José Castañer Manuel Galdón (www.manuelgaldon.com).